This post is a little late, but as a follow-up to the previous week’s bowtie pasta, the latest felt food is ravioli. Ravioli is another easy pasta to replicate in felt which doesn’t require much time or materials. This time I used green felt to make spinach ravioli. 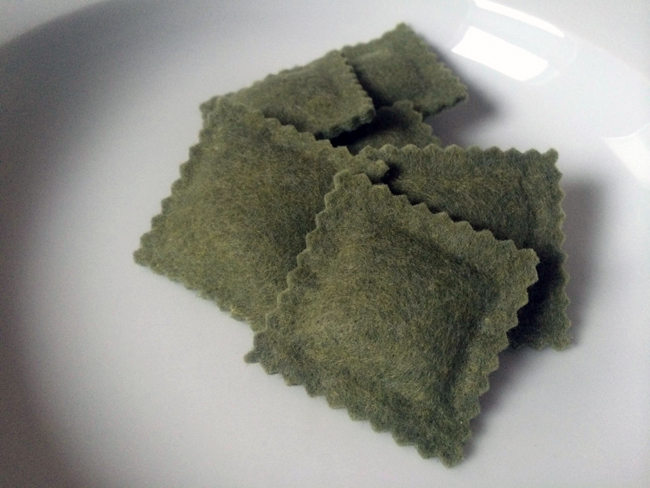 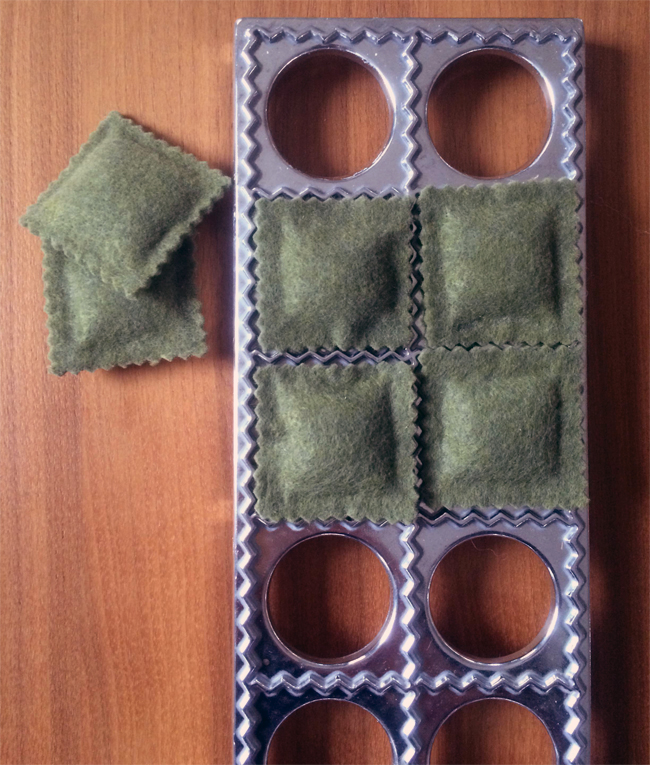 This recipe was adapted from a Whole Foods circular. The pea puree is quick, easy, and light; a nice change from the typical tomato or cream sauces used with ravioli. I topped it with pea pod sprouts from Trader Joe’s that I happened to have in the fridge. They were nice because it added a nice element visually, but also taste-wise texturally by adding a crunch. Fresh spinach ravioli from Dave’s Pasta was also used rather than frozen ones. END_OF_DOCUMENT_TOKEN_TO_BE_REPLACED

Farfalle is a great pasta to make into play food because of its distinctive look that is easy to replicate. 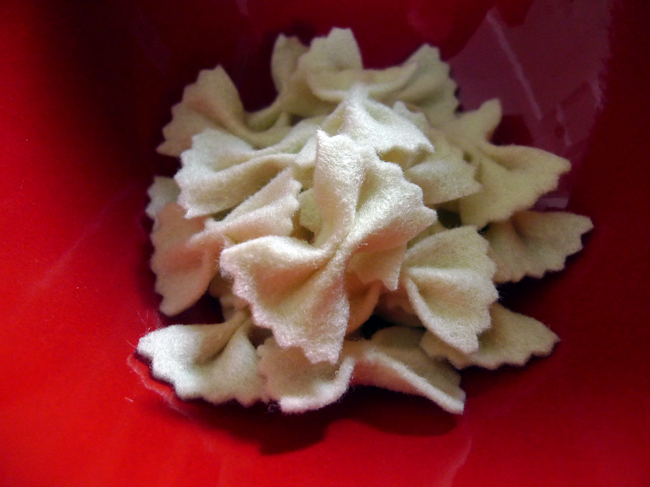 I improvised this recipe years ago by simply replacing the powdered cheese with deli cheese slices. It’s as easy as macaroni and cheese from the box because it follows the same directions and doesn’t take much more time. I usually like to add broccoli and occasionally some grape tomatoes (if I have them on hand).

END_OF_DOCUMENT_TOKEN_TO_BE_REPLACED

In my quest to bake authentic German breads, I picked up the following baking products during a recent trip to Germany: 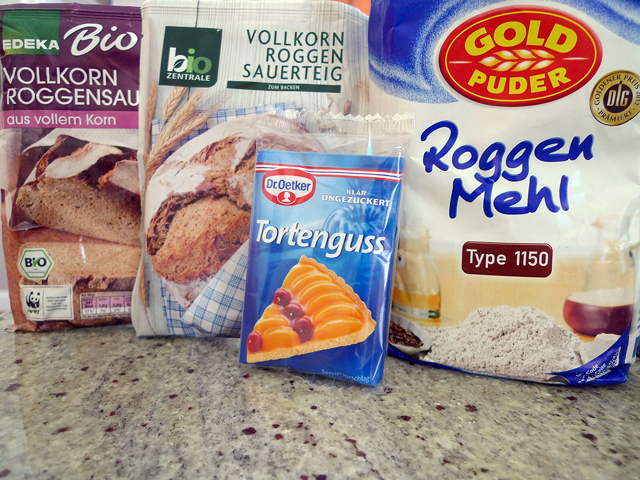 The flour and sourdough were purchased in order to try some recipes from a book purchased on a previous Germany trip:

Sauerteig or sourdough can be found in wet or dry form at any grocery in Germany.

Tortenguss or tart glaze comes in a clear or red color. I didn’t bother putting a glaze on the last fresh fruit tart I made, but got this to have in my pantry just in case.

You might have noticed that the bag of flour is labeled “Type 1150”. Germany has different types of flour that are determined by their ash content. I have already done some reading into this and will compile my research into another post.

Easy access to fresh yeast (hefe), fresh/dry sourdough, instant tart glaze and other specialty baking ingredients is a testament to Germany’s baking culture. However, just as many Koreans rarely make their own kimchi anymore (although there is a market for kimchi refridgerators), many Germans don’t bake since they have easy access to high quality and a wide variety of breads.

Germany might not be known for its culinary prowess, but they do know their potatoes. So I picked up this booklet (? not quite a book and not really a magazine): 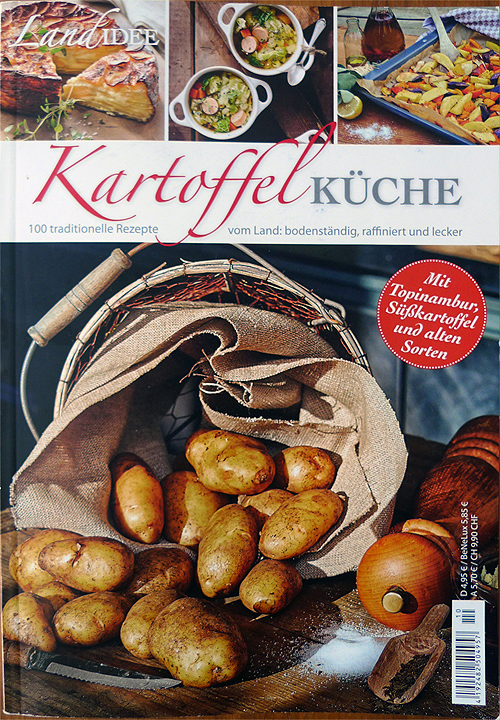 According to the European Cultivated Potato Database, Germany has 944 registered varieties. The only other country that comes even close to Germany is the Netherlands with 646.

Recipes are sorted by festkochend and mehlig kochend. Also included are recipes specifically for purple potatoes, bamberger-hörnchen and other uncommon varieties. The last section is devoted to recipes for those of similar culinary qualities to potatoes, but are not related to them: sweet potatoes and topinambur or sunchokes (Jewish artichoke). I had seen sunchokes at the market before, but never knew what it was or what to do with it. I’m looking forward to trying it at some point, especially now that it’s about to be in season. 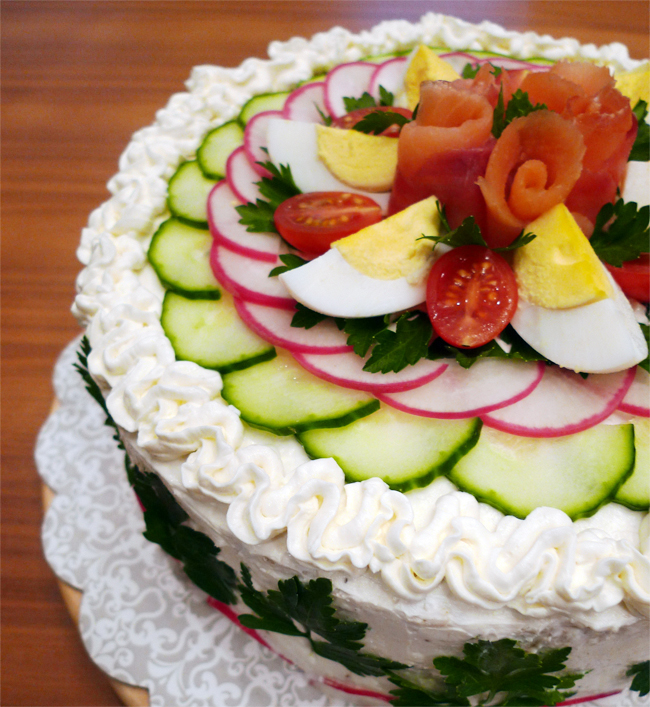 This weekend we were invited to a party by a Swedish friend to celebrate the completion of their kitchen renovation and house expansion. Another friend named the party SMÖRGÅS BÖRGÅS. Ok, it’s not really a word and a odd interpretation of the actual Swedish word “smörgåsbord”; the equivalent of Häagen-Dazs, another made-up word with randomly placed accents.

It was the perfect opportunity to make a smörgåstårta! END_OF_DOCUMENT_TOKEN_TO_BE_REPLACED 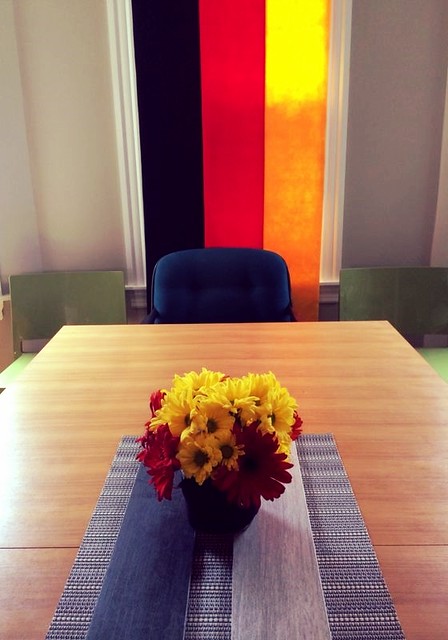 END_OF_DOCUMENT_TOKEN_TO_BE_REPLACED

Growing up, my mother would always make kimbap for road trips and picnics. Kimbap is ideal because it’s a meal in one bite that you can pop in your mouth. Colorful, easy-to-eat, and nutritious, kimbap is Korean sushi (most like a Futomaki roll) with vegetables, meat (if you choose), and rice wrapped in seaweed. This popular dish is a another great way to get people who might not normally be excited to eat vegetables to eat them.

END_OF_DOCUMENT_TOKEN_TO_BE_REPLACED

Danmuji (단무지) or takuan is pickled daikon radish. This is a key ingredient in kimbap (김밥). The tang of the vinegar gives it a bite and crunchy texture that is a important element to the dish. This can also be eaten as a side dish, especially with jajangmyeon (짜장면), Korean Chinese-style noodles with black bean sauce.